Home
Products
About Us
Factory Tour
Quality Control
Contact Us

The MRN and SMEG+ multimedia system has apply to the vehicles made by PSA Peugeot Citroen for a long time, like the looking or French cars, the interface of MRN and SMEG+ system look nice as well. But about how easy to system use, the PSA may not have good answer of it. Because it is a closed source system, you can not install any app in the system, the only function you can use are just some basic use like rearview, navigation, car information checking etc, sometimes you can do nothing just watch at the screen :-(

But our video interface for Peugeot SMEG+ MRN cars really change something in your mind, you can simply add the system inside the car without destroy anything, this is just a platform, you can attach any optional hardware like Android system box, 360 degree panorama sight view, data video record, TPMS, GPS tracker, reversing radar etc, just with LVDS RGB signal etc plug port.

It follows that the owner can realize navigation, visual trajectory reversing, DVD player, TV news, 360 panoramic, and automobile data recorder through interface box and use LCD (BYOD).Then we integrate these functions into a car which will realize touch handwriting navigation, remote control, mini system operation. After that, the original system is not changed and the system which is installed will not damage and interfere in the original car. 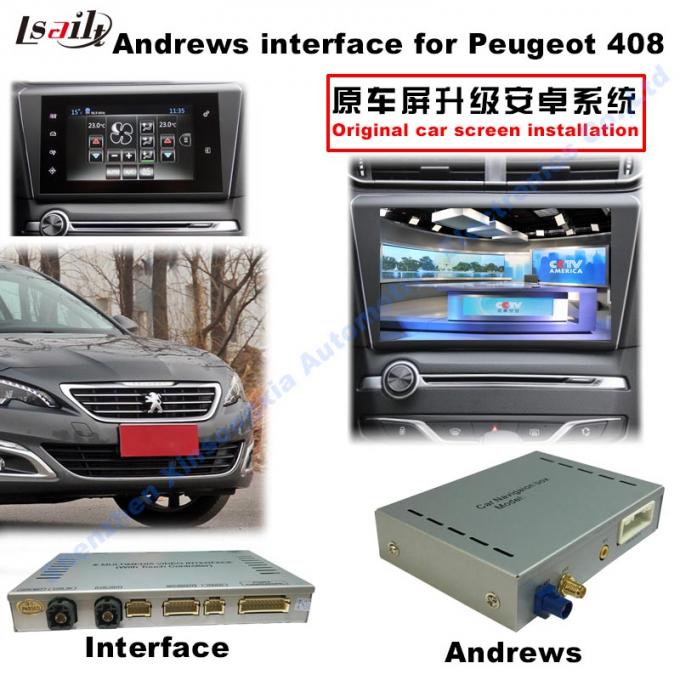 Statement: All brands on this website are belong to original company, if do not want to use this website, please note in time and delete.

Position to Install: Under car dashboard